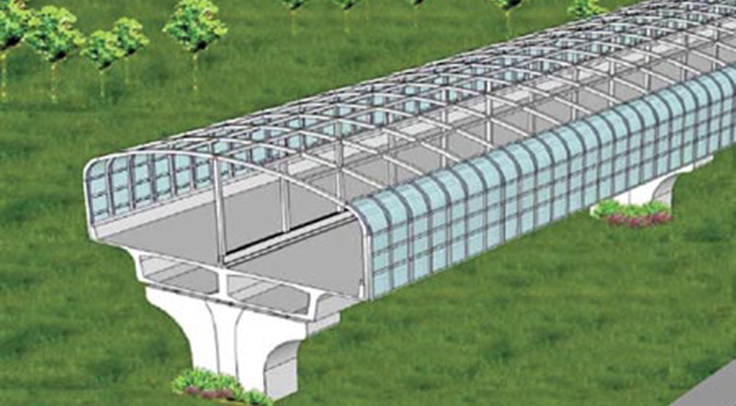 Noise barriers will be installed on a section of central Taiwan’s Provincial Highway 61 to protect migratory birds traveling in the area. The highway’s construction has stalled for decades over disputes between the country’s highway bureau and environmental groups, reports our Chinese-language sister paper China Times.

The construction of the highway that connects New Taipei in northern Taiwan and Tainan in the south has been delayed for two decades due to concerns from environmental groups that it will have a negative effect on migratory birds and the ecology of the coastal area. Nearby residents are also opposed to relocating the highway to an inland area due to the noise and pollution it would cause there.

After Wednesday’s conference, Taiwan’s Environmental Protection Administration decided to add curved noise barriers to a 3km-long section of the 13km-long highway. The decision was made after both environmental groups and the highway bureau reached a consensus, after years of opposition on the issue. The group asked the bureau to keep the highway 300 meters away from seawalls and add tunnel-like noise barriers on a section in Fangyuan in Changhua to prevent birds hitting cars and vice versa, as well as reducing noise and light influencing migratory birds in intertidal zones.

The highway bureau has redesigned a section of the highway close to wetlands in Fangyuan, Fubao and Hanbao in Changhua where the highest number of migratory birds were found in 2008. The section has been moved 200 to 300 meters inland to an area full of abandoned fish farms. The dome-like noise barriers set to be installed will add another NT$300 million (US$10 million) to the cost of the highway.

The highway will be the first in the country to incorporate noise barriers specifically designed to protect birds after it is completed in 2019. Environmental groups pledged to continue monitoring the highway to ensure the barriers reduce the effect of the highway on migratory birds.

Taiwan highway to get noise barrier to protect birds