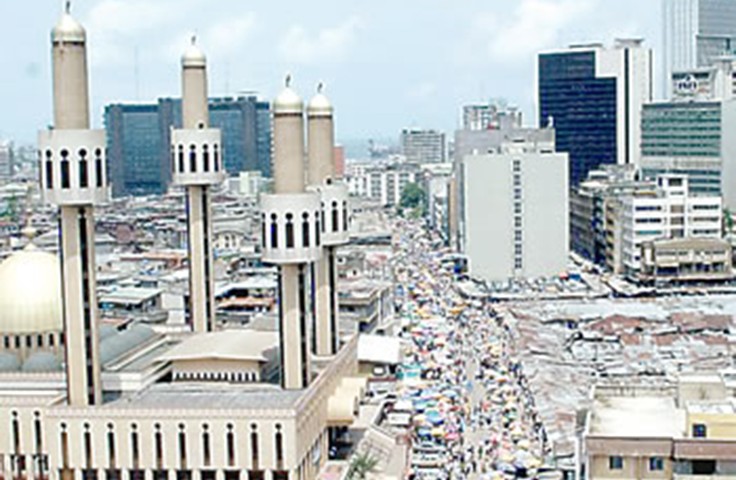 From time to time, the Lagos State government, through established agencies such as the Lagos State Environmental Protection Agency (LASEPA), swoops on religious organisations, music studios and music shops found to have run afoul of the state’s laid down rules on noise pollution, yet a certain category of residents – school students – is believed to be the most affected by noise pollution often experienced around their schools.

A journey round parts of the Lagos metropolis, as made by Sunday Tribune, showed that the locations of many primary and post-primary schools share boundaries with noisy markets, industrial areas, roads, religious centres, among others.

For instance, a public primary school at Kola area of the Lagos-Abeokuta Expressway was found to be sharing boundary with the noisy Kola Market and also had a stagnant and open gutter at its entrance. Unfortunately also, the school was built only meters away from a high-tension power line.

Within the same area, two schools, Tomia Senior Secondary School and Alagbado Junior Secondary School both of which share the same premises, were found to be located quite close to a section of the Kola Market where Compact Disc (CD) sellers busied themselves as they advertised their wares through noisy music from their shops.

Many of such traders were found to have large speakers placed directly in front of their shops. And apparently in a bid to outdo one another, each trader made his speakers’ noise level higher than others.

Also at Ogba area of Ikeja, the walls, roof and windows of a school located on the dusty Wempco Road were observed to have been covered with dust produced as a result of a road expansion project which has been ongoing for about two years.

It is impossible to learn with the noise—Student
One of the students of the earlier mentioned school at Kola, Ayo Akindele, when asked how he felt learning in a noisy environment, said noise from a grinding machine or from one of the numerous CD shops around had become a menace that often disturbed students while lessons were going on.

“Often, the noise disturbs us a lot. You can imagine a situation whereby a student is trying to understand what his teacher is trying to say, only for such a student to be jostled by a loud music close by. This happens from time to time, and no matter how we try to ignore it, it will always be there. It is impossible to learn here,” Akindele noted.

Continuing, he stated that “I was distracted on a particular instance. It was a popular hip-hop song from one of Nigeria’s new acts that was coming from one of the shops. I had no idea the song coming from my lips while the lesson was going on was already getting out of hand, as I had already started singing a bit more loudly. It took a firm nudge from a friend sitting close to me to rouse me back from my dreamland. Had the teacher noticed this, I could have doubtless landed in a big trouble.”

According to experts, noise, which is generally known as any unwanted sound, is believed to have a lot of deleterious health effects on the society, especially on young people.

While in extreme cases, noise is said to have the potential of causing hearing impairment, and hypertension; it is also known to be a main cause of annoyance, and sleep disturbance, to all categories of people.

Commenting on the effect of noise on a learning environment, a psychologist and social behaviour expert, Mrs Feyisara Amos-Miller, told Sunday Tribune that apart from serving as a major source of distraction, noise from markets, moving vehicles, religious centres and other sources, hampers the ability of students to concentrate in the long run.

“When exposed to noise for a very long time, hyper-active children tend to become more active and even quiet children tend to lose touch with their sensitive nature. Generally, the existence of a noisy environment does not bode well for learning,” she stated.

Explaining how noise affects the cognitive development of students, particularly those in their early years, Mrs Amos-Miller insisted that when regularly exposed to levels of noise that interfere with speech, young children could eventually they develop speech or reading difficulties.

She further disclosed that aside the mentioned effects, elevated noise levels, especially those associated with loud music and industrial activities, create stress and stimulate aggression and other anti-social behaviours.

“We are taught that when children learn in noisy classrooms or are made to daily experience noisy situations, they end up having more difficult time understanding speech than those who learn in quieter environments. Children’s mental development should never be taken for granted because they continue to develop their speech perception abilities until they reach their teens,” she added.

UNESCO’s requirements for siting schools
According to the United Nations Educational, Scientific and Cultural Organisation (UNESCO), some of the important aspects of school management that must never be compromised include school location, area per space, school size, as well as school buildings. Others are presence of acoustic facilities, libraries, sports facilities, among others.

But also importantly, UNESCO’s standard stipulates that a minimum distance of 183m must be maintained between a school’s location and a bar.

Sadly, however, not only are many schools in Lagos, as earlier revealed, located close to busy and noisy markets, many of such markets often turn out to be where alcoholic beverages are sold.

In his own view, an educationist, Mr Omotere Tope, in his recent report entitled: “Influence of School Environment on the Academic Performance of Secondary School Students in Lagos State,” said factors such as school facilities, class size, school location and planning are known to have direct effects on the academic achievement of secondary school students.

Much of the problem has been blamed on poor regard for land use planning by successive governments. This view was shared by a seasoned town planner and ex-chairman of the Nigerian Institute of Town Planners (NITP), Mr Moses Ogunleye, in an interview with Sunday Tribune.

“There is big challenge with regards to land use planning in Lagos state. Most of what we have are cases of sporadic developments based on one-man decision or one-investor decision, which are basically for business purposes.

When explaining that though it is not always a bad idea for schools to be sited close to industrial areas, he insisted that such must only be encouraged if such industries do not fall within the class of industries called ‘heavy industries.’

He however insisted that when schools are thus located, provisions must still be made for ‘buffers,’ which he described as some sort of natural protection that can come in the form of thick bushes or other natural vegetation meant to protect schools located close to industrial places.

While insisting that the problem did not recently emerge, he suggested that the only way forward is for a synergy to be created between the state’s ministries of education and environment.

“If unapproved developments spring up around schools, then questions must be asked from appropriate authorities.

“Some of such schools are products of political reasons, whereby one decision maker would just wake up and decide to set up a school at an unapproved place. We know instance when a governor-to-be would promise to build a school without anyone bothering to know if such a school will be built on an approved land,” he remarked.

However, the Lagos State government has repeatedly indicated its readiness to ensure that all public schools in the state are kept in the best shape possible so as to make them conducive for students to learn.

Speaking recently, the Commissioner for Education, Mrs Olayinka Oladunjoye, remarked that provision of infrastructure in public schools was an ongoing process and that more schools would be furnished in order to cater for the ever growing demand for learning.

Similarly, the General Manager of LASEPA, Adebola Shabi, has pointed out that the agency was committed to ensuring that all forms of pollution, including noise, and other things that pose as nuisance to the environment will be reduced to the barest minimum.

“Noise is harmful to humans when above certain decibel level, therefore, LASEPA is willing to work with all organisations and most especially all residents of the state to ensure that noise pollution is reduced to the barest level in the state,” he said.

When students school in noise environments