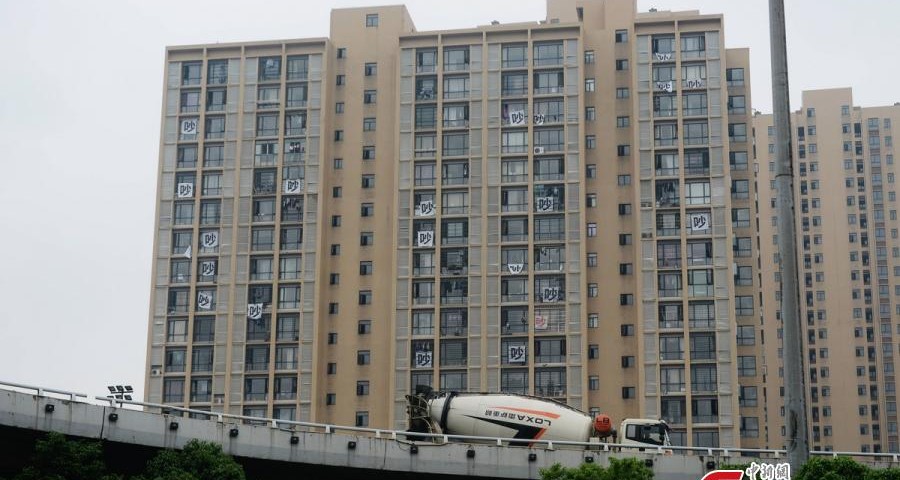 Residents put the Chinese character chao (meaning ‘noisy’) on windows of a building near an expressway and railway tracks in Changsha city, capital of Central China’s Hunan province, May 18, 2015.

Local residents said their lives have been affected by the nearby traffic, particularly beeping of car horns and train whistles.