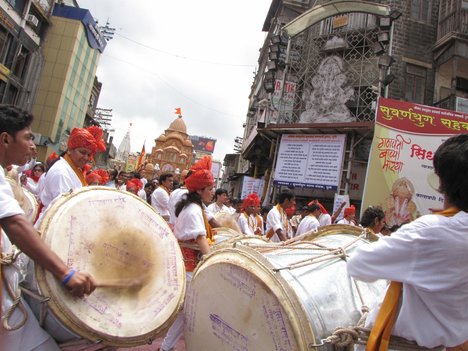 “Noise is more than just a nuisance. It constitutes a real and present danger to people’s health. Plenty of medical data is also available to suggest that noise has several ill-effects, which are unseen and hence unnoticed,” recorded a Supreme Court judgment on July 18, 2005.

Sixteen years after the law was enacted under Noise Rules, 2000, that demarcated permissible limits for residential areas and silence zones, a latest study by the Central Pollution Control Board found that noise rules continue to be flouted in all major cities – the maximum in Mumbai.

Regular noise monitoring between 2011 and 2014 at 35 locations across nine metropolitan Indian cities found that noise at four out five stations at Mumbai, Navi Mumbai and Thane exceeded permissible limits set by the law (See box).

According to experts, motor vehicles, horns and sirens used during construction is the most common source of noise pollution in Mumbai. Movement of aircraft and trains, and industrial machinery are major sources of noise, as are outdoor appliances such as generators and indoor appliances such as and air-conditioners.
“In cities like Mumbai with tall buildings, narrow streets and heavy traffic, the noise reverberates and its impact is manifold. We also observed an increase in noise levels during festivities at different intervals during the year,” said AK Sinha, CPCB scientist, who supervised the study.

A detailed study carried out by NGO Awaaz Foundation in 2015 for noise generated from different vehicles in the city, two-wheelers showed average noise levels up to 90dB, while the maximum permissible level is 75dB. Three-wheelers such as autorickshaws showed consistent noise levels between 77 dB and 85 dB as against 77dB, passenger cars, including taxis up to 80-82 dB with permissible levels of 75dB, and trucks between 80–95dB as against 82dB.

“There is an urgent need to sensitise people about the ill-effects of noise and the government needs to undertake a comprehensive noise map of Mumbai,” said Sumaira Abdulali, convener, Awaaz Foundation.

MPCB officials highlighted that noise rules are being flouted owing to a lack of knowledge among law enforcement officials. “The Mumbai police have not enforced stricter regulations at different locations because they do not understand the difference between silence and commercial zones. A rigorous training programme is required for police officers at all levels to understand the impact of noise,” said a senior official from the MPCB.

Environmentalists said the state government or the police were not treating noise pollution as a serious violation under the Environment Protection Act, 1986, that levies heavy penalties up to Rs1 lakh, imprisonment up to five years or both. “Penalties like these will go a long way in controlling the problem in Mumbai,” said Dr Yeshwant Oke, who registered the first case in Mumbai against noise pollution. “Police officers are still following the Bombay Police Act, charging meagre penalties of Rs5,000 for noise violators.”

Officers from the Mumbai police told HT that over the past two years, policemen across the city have been trained to use noise measuring devices and implement necessary action as per noise rules. “We have been tying up with several NGOs and residents from the city to conduct workshops for police officers,” said Dhananjay Kulkarni, DCP (crime) and spokesperson, Mumbai police. “Over the next year, we will be carrying out several campaigns to make Mumbai a quieter city.”